All TshwaneLex Suite orders placed between now and 3 April will receive a 30% discount; Academic License Upgrades are discounted 50%!

TshwaneLex Suite 4.0 pre-release is currently available, and includes many new features, such as Microsoft Word Integration, dynamic "Smart Styles", script-based filters, tags, better statistics and error-checking, and many other improvements.

TshwaneLex can also now be used 'in' Spanish, French and Cilubà (thanks to our users who have translated the user interface using the built-in localization tools).

We've made several improvements to our ordering process, including increased automation, the ability to accept credit card payments, and 'instant software activation'. We have also upgraded to a more robust downloads server.

In January, we opened our new head office in Stellenbosch (in addition to our Pretoria office), where we have put together a team of several new programmers. This will allow us to develop more new features and products, and do more work, faster.

We've recently launched an electronic Swahili - English Dictionary, with many interesting features, including Microsoft Word integration for instant translations at the user's fingertips. For more information, screenshots, or to try it out, visit:

This has been published using the TshwaneLex Electronic Dictionary Publishing Framework; if you are interested in producing a downloadable or CD-ROM dictionary, let us know.

All of our dictionaries are corpus-driven, and all are created with the TshwaneLex Dictionary Compilation Software.

Although the TshwaneLex Suite does not yet run natively on Mac OS X, several users have reported running it smoothly in the Parallels environment on Intel-based Macs. One of our users has also gotten TshwaneLex running on the Mac in the 'Crossover' environment, and has posted instructions online (http://anggarrgoon.wordpress.com/2008/10/28/i-crossed-over/). 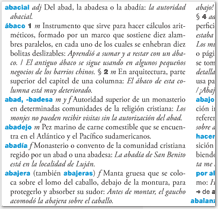